Welcome to the Sonic Catering Institute, a creative retreat for artists whose work occupies a place somewhere between avant-garde music and outré cuisine. Run by the eccentric Jan Stevens (Gwendoline Christie, Game of Thrones), the three-week workshop is playing host to a three-piece outfit comprising the severe and unbending Elle di Elle (Strickland regular Fatma Mohamed), the troubled Lamina Propria (Ariane Labed, The Souvenir, The Lobster) and Jan’s soon-to-be lover Billy Rubin (Asa Butterfield, Sex Education). Their journey at the institute is documented by photographer Stones (Makis Papadimitriou, Suntan), whose digestive troubles are as turbulent as the creations his subjects are producing. But relations between the bandmembers are deteriorating quicker than the concoctions they conjure up, their host’s psyche is unravelling and the in-house doctor’s obsession with classical texts is driving everyone to distraction.

Writer-director Peter Strickland was once a member of The Sonic Catering band and Flux Gourmet draws on his experiences in that experimental group. But it also works as a wild and occasionally unsettling satire of the art world, the culture that rises out of it and the indulgence offered to its ‘stars’. Capturing the fictional band at work, and in a state of constant friction, Strickland presents another wildly original universe for audiences to eat up. 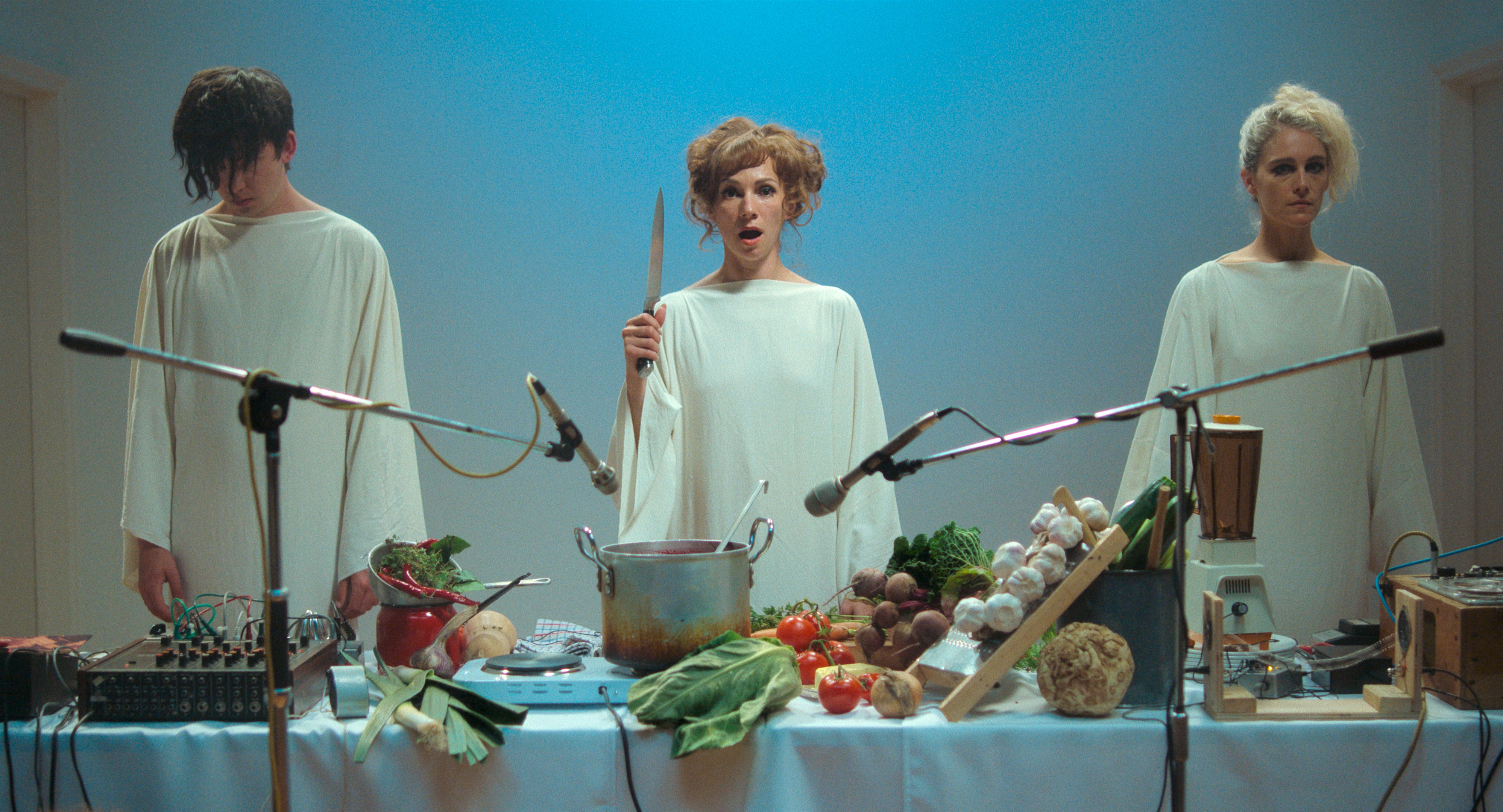 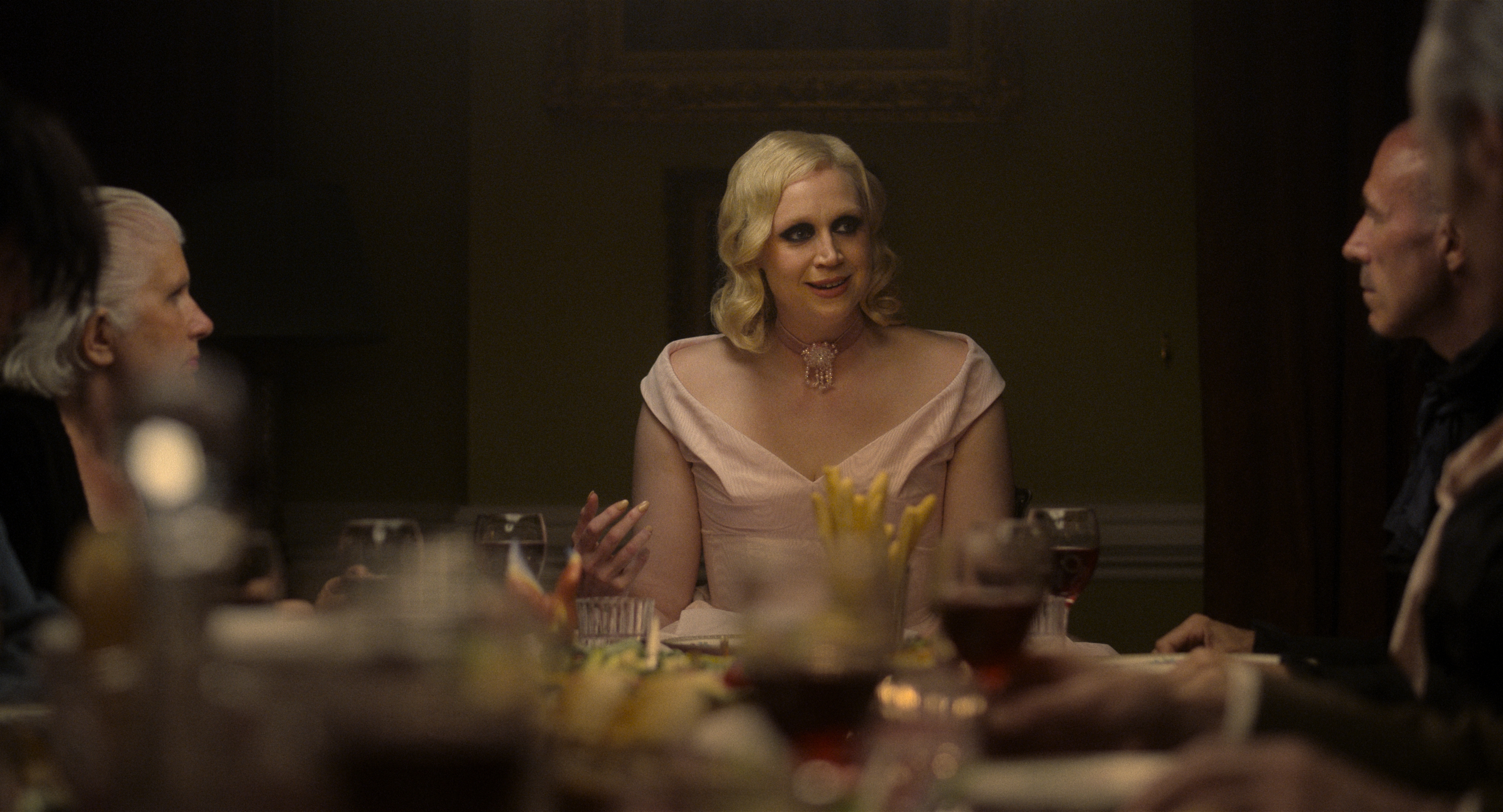